Patriots dominate Broncos, a look at who plays on top units

Patriots dominate Broncos, a look at who plays on top units

3:03 PM / Ficri Pebriyana / Sport,
In many ways, it was fitting special teams led the way as Bill Belichick recorded the 270th victory over his head-coaching career, which draws him into a third-place tie with Tom Landry on the all-time list. Only Don Shula (347) and George Halas (324) have more wins.

Special teams, of course, are a Belichick trademark as he builds his roster with as many special-teams-only players as any club in the NFL. Recovering a muffed punt early in the first quarter and quickly turning it into a touchdown, Dion Lewis' returning a kickoff 103 yards for a touchdown, and then Rex Burkhead's blocking a punt to lead to a field goal was an impressive trifecta.

Those plays helped the Patriots lead from start to finish in a venue that has been a house of horrors for them more often than not. Brady entered with a 3-7 record at Denver but has now won two in a row. 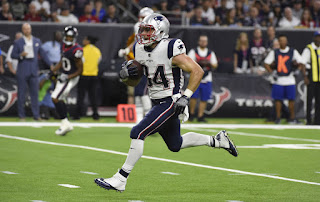 With special teams playing a huge factor in the New England Patriots building an early lead over the Denver Broncos with Dion Lewis' 103-yard kickoff return for a touchdown, a muffed punt quickly turned into another score, and Rex Burkhead's blocked punt helping lead to a field goal here is a look at which players comprise the club's core four units: